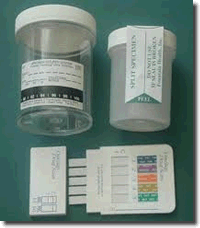 Drug tests for cocaine are routinely used by employers who hire workers in certain job categories, parents who suspect cocaine use, and drug rehabs checking that their patients are drug-free. The type and extent of drug test for cocaine may vary based on who is doing the testing, the company used to determine the test, expense, expectations, federal requirements, and other factors. Delivering drug tests for cocaine use is not a solution for cocaine addiction recover by itself. However, testing can be a powerful deterrent until real help such as drug rehab takes place.

There are several goals that can be achieved through drug tests for cocaine. The first is that it deters individuals from initially trying cocaine. Second, it is a method to help identify those people who have just begun experimenting with cocaine. Lastly, it helps to identify people who have already developed a cocaine addiction or have a serious cocaine abuse problem.

Cocaine is detectable by standard drug tests in urine up to 72 hours after use. Long-term, habitual users may have traces of cocaine in their system for longer than the standard three days. The level of concentration that triggers a positive result for coke use is 300 ng/ml. If an individual has a higher level than this number in his or her system, they have failed the drug test. A follow-up test will be ordered to confirm the first result, and the level considered "positive" at this point is 150 ng/ml.

A blood test is most likely to be used to determine whether an individual is under the influence of a drug at any given time. It is the most invasive form of testing and must be conducted in a medical laboratory. This is the most expensive type of test, but it is also the most accurate.

A hair sample test involves taking a small sample of hair (approximately the diameter of a pencil and 1.5 inches long) from the head of the individual being tested. This method is more expensive than conducting an urine test. The average cost of this method is in the $100-$150 range.

A person is more likely to test positive on a hair test than one using an urine sample. A hair sample test for cocaine can detect the presence of the drug quite readily. Since the tracers can move up and down the hair shaft, it isn't considered a reliable indicator of when the drug was used and for how long. A hair test can reveal cocaine use up to 90 days after use.

Saliva tests are becoming more popular for detecting illicit drug use, since they are relatively non-invasive and are less expensive than hair or blood testing. This method is easy to administer to testing subjects and the samples are forwarded to a laboratory for analysis. Cocaine can be detected in saliva for 24 hours after use.

This type of testing does not have any nationally-adopted standards or cutoffs for determining the cutoff for a positive test. The test results vary, depending on the brand selected for the test, which may make this method less reliable than other available options.

A popular choice for cocaine testing is to have the subject provide an urine sample. An urine test is relatively inexpensive and can detect relatively recent (within the past seven days) use as well as long-term exposure to the drug.

These types of tests are available for home use; however the results must be verified by a laboratory to validate one’s findings. Along with testing the sample for the presence of the cocaine metabolite benzoylecgonine, a testing facility must also run other tests on the sample to determine its pH level and creatinine concentration.