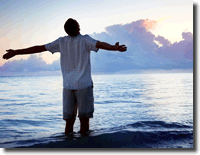 Cocaine abuse and addiction is a complex problem involving biological changes in the brain as well as a myriad of social, familial, and environmental factors. Therefore, cocaine treatment is complex, and must address a variety of problems. Like any good treatment plan, cocaine treatment strategies need to assess the psychobiological, social, and pharmacological aspects of the patient's drug abuse.

There are no medications currently available to treat cocaine addiction specifically. Consequently, NIDA is aggressively pursuing the identification and testing of new cocaine treatment medications. Several newly emerging compounds are being investigated to assess their safety and efficacy in treating cocaine addiction.

For example, one of the most promising anti-cocaine drug medications to date, selegeline, is being taken into multi-site phase III clinical trials in 1999. These trials will evaluate two innovative routes of selegeline administration: a transdermal patch and a time-released pill, to determine which is most beneficial. Disulfiram, a medication that has been used to treat alcoholism, has also been shown, in clinical studies, to be effective in reducing cocaine abuse.

Because of mood changes experienced during the early stages of cocaine abstinence, antidepressant drugs have been shown to be of some benefit. In addition to the problems of treating addiction, cocaine overdose results in many deaths every year, and medical treatments are being developed to deal with the acute emergencies resulting from excessive cocaine abuse.

However, integration of both types of treatments is ultimately the most effective approach for treating addiction. It is important to match the best treatment regimen to the needs of the patient. This may include adding to or removing from an individual's cocaine treatment regimen a number of different components or elements.

For example, if an individual is prone to relapses, a relapse component should be added to the program. A behavioral therapy component that is showing positive results in many cocaine-addicted populations, is contingency management. Contingency management uses a voucher-based system to give positive rewards for staying in cocaine treatment and remaining cocaine free. Based on drug-free urine tests, the patients earn points, which can be exchanged for items that encourage healthy living, such as joining a gym, or going to a movie and dinner. Cognitive-behavioral therapy is another approach.

Cognitive-behavioral coping skills cocaine treatment, for example, is a short-term, focused approach to helping cocaine-addicted individuals become abstinent from cocaine and other substances. The underlying assumption is that learning processes play an important role in the development and continuation of cocaine abuse and dependence. The same learning processes can be employed to help individuals reduce drug use.

This approach attempts to help patients to recognize, avoid, and cope; i.e., recognize the situations in which they are most likely to use cocaine, avoid these situations when appropriate, and cope more effectively with a range of problems and problematic behaviors associated with drug abuse. This therapy is also noteworthy because of its compatibility with a range of other treatments patients may receive, such as pharmacotherapy.

Therapeutic communities, or residential programs with planned lengths of stay of 6 to 12 months, offer another alternative to those in need of cocaine treatment. Therapeutic communities are often comprehensive, in that they focus on the re-socialization of the individual to society, and can include on-site vocational rehabilitation and other supportive services. Therapeutic communities typically are used to treat patients with more severe problems, such as co-occurring mental health problems and criminal involvement.